The Road Ahead of Sustainable Development 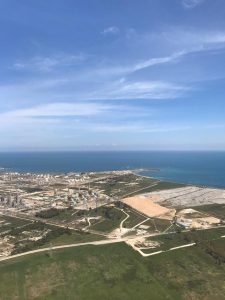 The Road Ahead of Sustainable Development

I’ve always had the peculiar habit to read two books at the same time, trying to alternate kinds and styles of writing.

In the 1990s it was the turn of “The End of Work” by Jeremy Rifkin and “The Road Ahead” written by Bill Gates, this time contravening the rule of alternating arguments since these texts have many unexpected contact points.

The first one deals with the end of the traditional jobs and the model of industrial relations as conceived to date, the second book leads to the representation of new professional roles with new competencies in a technological context of absolute innovation, able to modify processes and systems, times and methods, industrial relations and the organization of work of each of us. We have seen it. It has accomplished almost everything.

These two texts were written by two Americans, two outsiders in their respective fields.

That combination revealed as an illuminating choice because, from that moment on, I started to open myself to a sustainable development perspective that changed my view of the world and the way to conceive economics and the industrial policies. At the time, I worked for an industrial plant in the United States in South Carolina, for the production of PTA, plastics and derivatives. Right there, for the first time, I learned about the possible combination of industry and respect for the environment, between production, development, consumption and environmental sustainability. Shortly, the American investor received from the local authorities the concession to build only at the condition to respect the eco-system of the territory through an extensive pluriannual reforestation program and a partnership with some local research centres for the protection of animal species. We were in 1996.

Just a few years earlier, Prof. Giuseppe Catturi published: “Producing and consuming, but how? – going towards the Ecological Company” where he put down clearly the main concept  of what today Companies do to be considered sustainable: acting for profit, environment and society – the so called three axes of Sustainability, but also for the sake of its own survival and to meet the needs of consumers, investors, markets and finance.

The text was asked at the University of Economics for the examination of Business Economy, and was considered disruptive and revolutionary. That’s why even the author declared that the current scientists  did not consider this new approach still appropriate to contribute to the regulatory measures to be suggested to the political decision-makers, because they were convinced that the business-related cause needed a defined, orthodox frame of reference rather than what was not yet verified at the time.

This introduction might help to introduce a certain vision of a certain organicistic way to consider the Company, recognizing its structural characteristics in a community of individuals working in a coordinated and systemic way to meet social and environmental needs, where the public authority can harmonize these dynamics to ensure the future to the youngest generation.

There have been some very encouraging signs of all of that recently.

As a huge deal coming from the world of the US Corporation, the Business Roundtable, a lobbying group composed of the nation’s leading CEOS, just announced that its members want to share a strong commitment to all of their stakeholders to deliver value to them for the future success of the companies, for communities, for the Country.

The commitment deals with a large training and education program dedicated to their employees so that they can develop new skills on sustainability, dealing fairly and ethically with the suppliers along the entire supply chain, supporting the communities in which they work and generating long-term value for share-stakeholders.

According to Judy Samuelson, Managing Director of the Business and Society Program of the Aspen Institute and Jamie Dimon, CEO of JPMorgan, this announcement has been seen as an important change.

And even the political world now wants to intervene, Elizabeth Warren, presidential candidate, is proposing the signing of the Accountable Capitalism Act by the biggest American companies stating a real commitment to take care of the interests of all stakeholders.

All this takes us back to our professor Catturi who launched the need to regulate the responsible corporate behavior by the legislator.

This is the case of LVMH Group that has been making these provisions since 2016. The LVMH Carbon Fund has achieved its objective for 2018, raising 11.3 million euros in financing for 112 projects designed to control and reduce the Group’s greenhouse gas emissions. This aligns the Group with the 2°C trajectory defined by the COP21 climate conference in Paris to fight climate change. The annual contribution of each LVMH Maison is calculated by multiplying the greenhouse gas emissions from its activities by the carbon price set by the Group. The amount must then be invested the following year in eligible projects designed to reduce these emissions.

But this is still a voluntary example and not a compulsory commitment.

In conclusion, to finally reach the goal of full Sustainable Development by an entire Country system, it requires a change by all subjects, by Companies of each productive sector under a circular economy frame, solicited by the customers, with the aid of government regulation, verified and monitored by the industrial and trade union associations.

The business scenario will thus be able to reach an ever-widening dimension, allowing the confirmation of the existence of additional “production factors”: natural resources, welfare and entrepreneurship to keep them together inside the organization processes, to be added to the well-known land, labor and capital.

By reorganizing our civil priorities, regulating the vision of a long-term sustainability, giving ourselves a certain governance that directs policies towards sustainable development targets, putting into a global system and not loosing what has been done; guaranteeing the transition towards a regenerative, circular, sustainable economic model, these are the challenges of the future.

Any cookies that may not be particularly necessary for the website to function and is used specifically to collect user personal data via analytics, ads, other embedded contents are termed as non-necessary cookies. It is mandatory to procure user consent prior to running these cookies on your website.